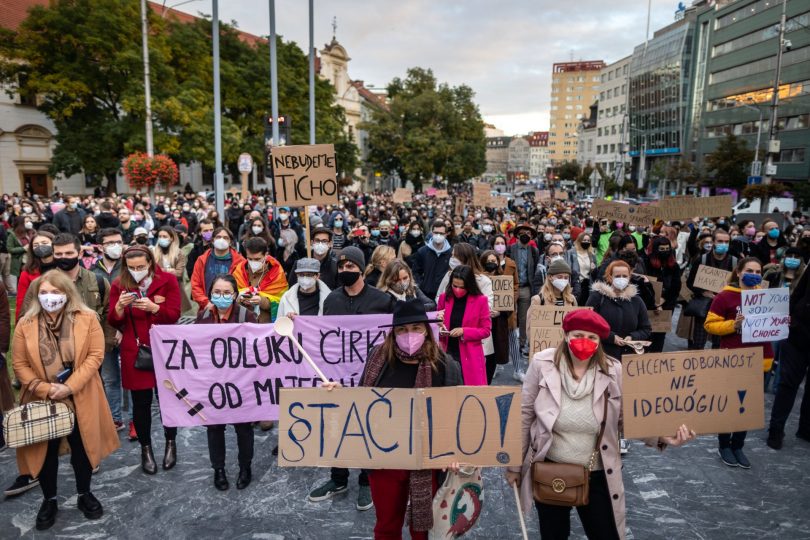 Observers are especially worried about the proposal to prolong the required waiting time for abortion. Záborská originally proposed 96 instead of the current 48 hours, but later settled for what she calls a compromise of 72 hours. Under the proposed rules, it would include abortions required for health reasons. The only exception would be if the pregnant woman’s health or life is in imminent danger.

“[The longer waiting time] would postpone the medical treatment of women and tie up the hands of doctors in acting in the best interest of their patients,” said Miroslava Rašmanová of the Ženské Kruhy association, advocating the rights of women.