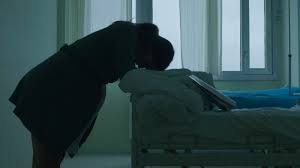 After the first screening of Zuzana Limova’s documentary Before I Met You, responses of the Slovak public and authorities are indignation, denial and ridicule.

Slovak cinemas are screening a new documentary titled Before I Met You, which brings forward women’s humiliating experiences in Slovak healthcare facilities.

In this documentary, a doctor brags about smacking a woman across her face “because she was being hysterical during labor.” Nurses press on the bellies of pregnant women to speed up births, because their shift is almost up. Woman’s private parts are sutured after labor, while she is clearly in pain because of a lack of sufficient aneasthetics. These are just some of the unpleasant truths about the Slovak maternity wards, shown in the documentary. They are also probably the reason why the hospital in concern has tried to stop the film from appearing on screen.

The filmmaker Zuzana Límová is not the first person to point out human rights violations in Slovak maternity wards. Slovak non-governmental organisations have been ringing the alarm bell for years. Women’s rights violations in our maternity hospitals were also criticized by the UN’s Committee on Elimination of Discrimination against Women (CEDAW) in 2015.

Despite all these signs of a major problem, the concerned hospital – one of the biggest in Slovakia – states that the documentary was purposefully edited to show the hospital in a bad light. Adding insult to injury, the main representatives of the hospital, as well as of the Ministry of Health, denied that the aforementioned obstetrician smacked women, despite his admission of doing so. Quoting Miroslav Borovský, Chief Expert on Obstetrics at the Slovak Ministry of Health: “Well, so the poor guy wanted to brag in front of the nurse by saying he smacked a woman across the face.”

Not only are the hospital representatives denying any wrongdoing by the staff, in the course of their press conference, they have also disclosed personal information from the director’s medical documentation. Doing so is against the Slovak as well as European law.

And what are the Slovak government authorities saying about this issue? After seeing the documentary, Slovak Minister of Health, Tomáš Drucker, expressed astonishment, despite the fact that two and half years ago the Ministry of Health and a year ago Mr. Drucker personally, received the publication Women – Mothers – Bodies.

Initially, Minister of Health had stated that the film portrays grave violations of women’s dignity. Later, he expressed belief that the women-smacking obstetrician should not be fired from the hospital. The minister has also joined the ranks of doctors who state the film distorts reality.

Meanwhile, women’s accounts of bad experiences with giving birth in Slovak hospitals keep appearing in various media, as well as on public forums. They prove that Slovak women encounter disrespect and violence while they are in their most vulnerable state. However, their stories are often the object of ridicule and disbelief and labelled as competition of “who’s got it worse.”

This is unacceptable and we appeal to policy makers, healthcare professionals and NGOs to join forces, listen to the main stakeholders – the women who gave birth, who are giving birth, who will give birth in the future and make sure that their experiences reflect respectful evidence-based maternity care.